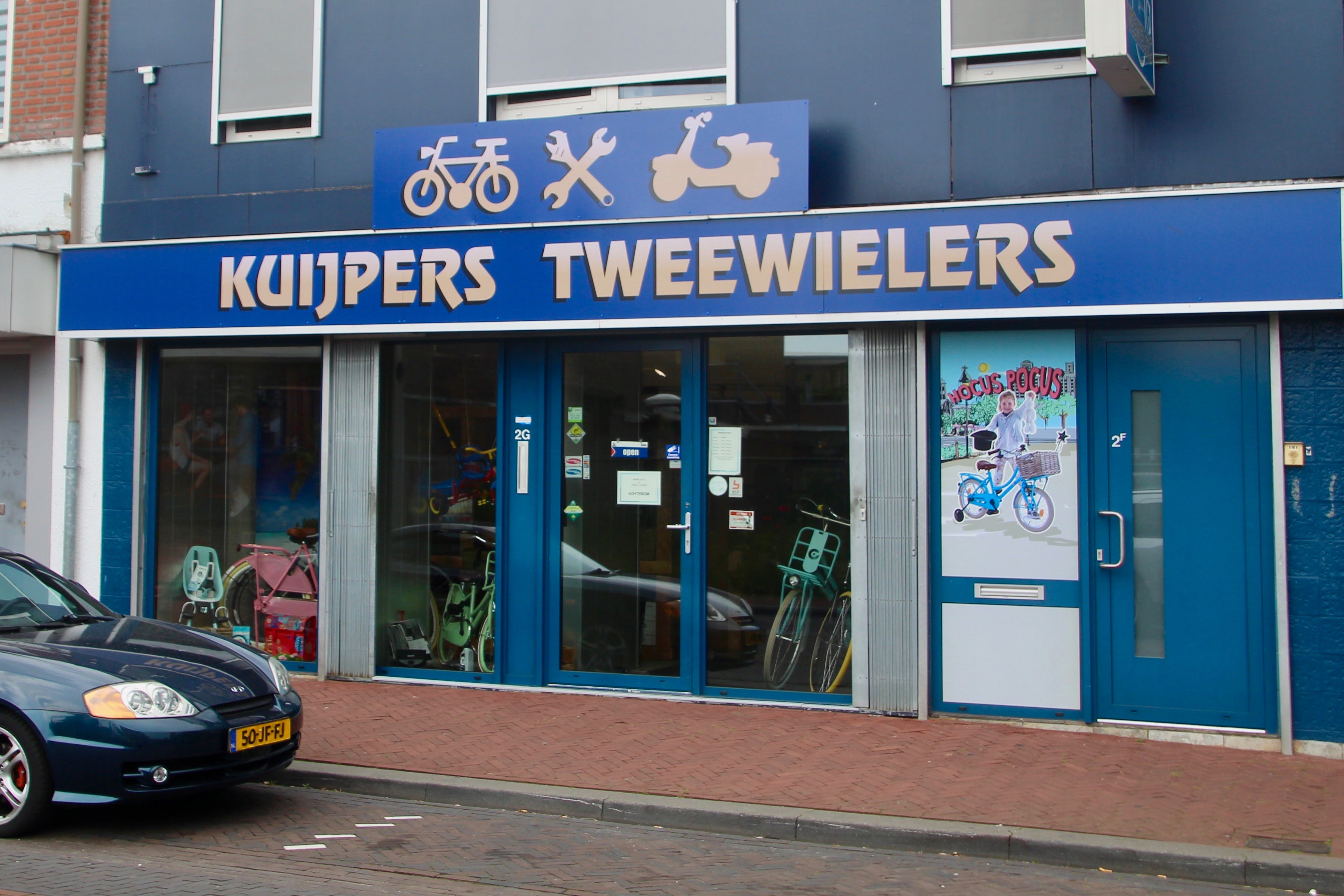 Together with his brother Leon, Jeroen Kuijpers runs the Kuijpers Tweewielers bike shop that was founded by their father in Helmond in 1979. The whole of the first floor of the shop is devoted to children’s bikes so that they can be optimally presented. It is a completely separate department, including colourful paintings on the walls, just for kids.

According to Jeroen they stock between 100 and 150 kids’ bikes, scooters and run bikes. They sell at least a couple of kids’ bikes every week, thanks in part to the fact that the Kuijpers shop is located in a neighbourhood of young families, with a couple of schools nearby. “So if you put a nice kids’ bike in the window, plenty of people will see it while they are on their way to and from school with their children,” says Kuijpers. “We’ve always sold lots of kids’ bikes. The A-brand manufacturers aren’t always able to supply, so we started to look at other brands and that’s how we discovered Kubbinga. Customers also come to us through our website, social media and the Dutch online platform called Marktplaats. We advertise on there too because lots of Dutch people search on the internet nowadays and they often start with Marktplaats. We’ve got more than 10,000 followers on Facebook. If a new Disney-themed bike is launched, we put it on social media – and it works, because a lot of people still use it. We occasionally organise an offer or a giveaway, and that always generates lots of positive feedback in the shop.” 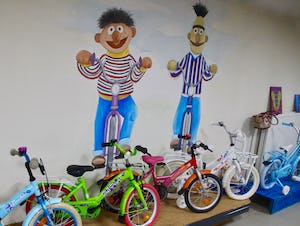 For Kuijpers, the most important thing is to be able to offer customers sufficient variety: “We carry stock of each size and in different colours too. You have to give your customers enough choice. A lot of businesses say ‘no thanks’ when it comes to children’s bikes, but not us. We’ve clearly built up a good reputation in the region because our customers come from all over the place.”

According to Kuijpers, the Volare collection often includes some interesting items, not least thanks to the Disney licences. “It’s very important to have a good range, especially in the 12”, 14” and 16” categories, but many manufacturers neglect those sizes. We sell quite a lot of 14” bikes. Another thing I like about Volare is the large collection of kids’ bike helmets and Disney items. The accessories (bells, baskets, decorations, etc.) are really easy to cross-sell, it’s almost effortless. People nearly always bring their child along with them if they’re planning to buy a bike so that they can choose it themselves. Right now Frozen is popular with girls, and for boys it’s Spider-Man. Once you’ve let your child have a go on such a lovely bike, it’s almost impossible to get them off it again!”

Ready to ride now, not later

Besides healthy sales in the shop, Kuijpers makes sure he doesn’t miss out on online revenue opportunities. “It takes a bit more effort to sell online, but it pays off in the end. On the internet, customers are mainly focused on price so you have to give them something extra. For customers within a 10km radius we offer free home delivery of ready-to-ride bikes.”

In Kuijpers’ opinion, it is important to display the bikes almost fully assembled in the physical store too. “Once they’ve decided which one they want and the size is right, we give the bike a quick clean, pump up the tyres and then let the customer take it home immediately. You can’t tell a three-year-old child to come back later when we’ve got the bike ready to ride, can you?”

How to decrease mobility expenditures?

Paul Lange Group is fit for the future with investments in IT and...