Croatia is known for its beautiful coast, nature, and scenery but there’s one more thing that is putting the country on the world map. Priding themselves as being the world’s first connected e-bike producer, Greyp Bikes is stepping up the mobility game creating some really interesting e-bikes.

As the sister company of Rimac Automobili, the producer of the world’s most powerful electric hypercar, it is already clear that the electric game is strong with Greyp Bikes. 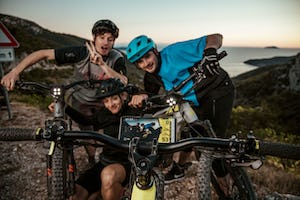 It all started as a passion project by Zvonimir Sučić Suki who created the Greyborg, an e-moto with some serious performance. Mate Rimac (CEO of Rimac Automobili) tried the bike and completely fell in love with it. Suki joined the company in 2011 and that’s when things got interesting.

At that time both thought that it would be interesting to create this e-bike as a professional product and use some of Rimac’s technology. That’s how the Greyp G12S was made, a hybrid between a motorbike and an e-bike, which meant it has pedals along with throttle and was powered by 12kW of peak power with a top speed of 70km/h.

The Greyp G12S and its 12kW of peak power is a ridiculously fun, extremely powerful, and insanely fast bike. But, knowing the industry is heavily driven by regulation, they knew they couldn’t compete with making a more powerful or faster bike.

Limited from one side, they found a solution. With an idea to re-imagine the riding experience and build something completely new, they started utilising connectivity, sensors, gamification, and lots of creative ideas.

At that point, Greyp separated from Rimac, became self-sufficient, and started building their own unique culture and team. Out of almost 80 employees, more than half work in R&D – and most of them in programming and software.

So, in early 2016, they started developing the G6 models. They set out to create a bike that would be as good as the market leaders’ bike-wise, but two light-years ahead smart-wise.

Let’s fast-forward to 2019 and the launch of the Greyp G6, a full suspension e-mountain bike with a carbon fibre composite frame and 150mm travel front and back enduro geometry. But that was the only mainstream thing about it. Because the company is extremely proud of its electrical heritage, the battery with its whopping 700Wh of power was positioned in the middle of the frame, enabling a longer ride experience. 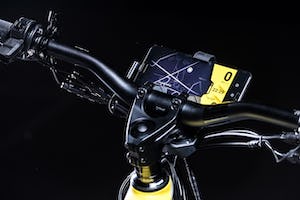 Even with the specific frame, the uniqueness of this bike was supposed to be something else: starting with the integrated eSIM card, via a built-in communication module with numerous sensors, to two integrated cameras. In contrast to traditional bike manufacturers, Greyp did not equip the bike with electronic components but built it around the electronics. The G6 is a bike that runs on its own version of a Linux operating system because the bike is seen as a smart product, not just something that takes you from point A to B.

Add a bit of internet connectivity and suddenly the user experience is no longer created only by bike generated data, but also by data that can be found online, resulting in a unique fusion of digital and analogue.

The connected ride and future of micro-mobility

The most important contribution to the user is the role of the smartphone which becomes an integral part of the bike by becoming G6’s main interface.

Its connectivity enables riders to send orders to their bikes, even when the rider and the bike are not in the same location, or remotely acquire photos from the two integrated cameras. The connectivity also enables competition and content sharing in real-time, turning the G6 into a gaming platform. The cameras are always recording, so the rider won’t miss a single moment, making this a perfect feature for social media. On top of that, more than 50 telemetry data are being recorded, like the rider’s power output, bike inclination, G-force, barometric pressure, or an e-bike motor output.

Novelty is good. That is Greyp had to start from scratch and rethink every step – a process that took almost four years for a reason. The company distinguishes three development areas in their development work:

• the development of hardware and electronic components
• another team is responsible for the development and networking of the required chips
• a third team programs the software with which the rider can ultimately communicate with the bike – the app, etc

Then, they gradually develop individual components and parts and link them together.

Is the future as Greyp as they say it is?

Since the G6 launch in 2019, so many possibilities have opened up. Greyp continues to work on the new models and expand the G family. The company has also moved into developing smart IoT e-bike solutions, while at the same time working on customisable white label products for various B2B partners. That clearly proves G6 is an entry-point into a much bigger picture. 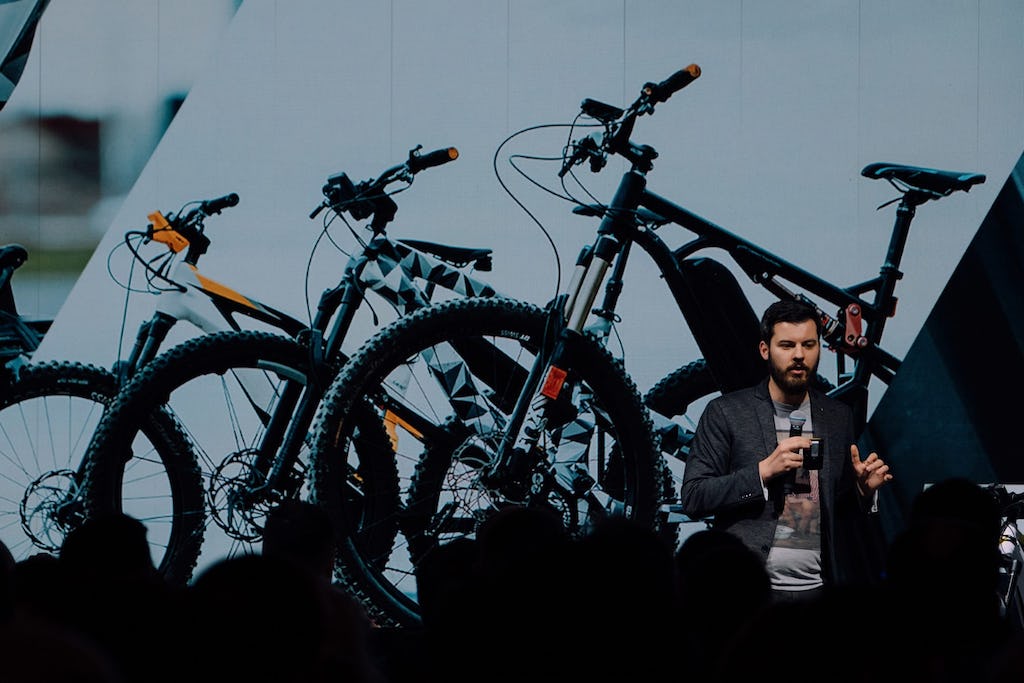 This article was sponsored by Greyp.