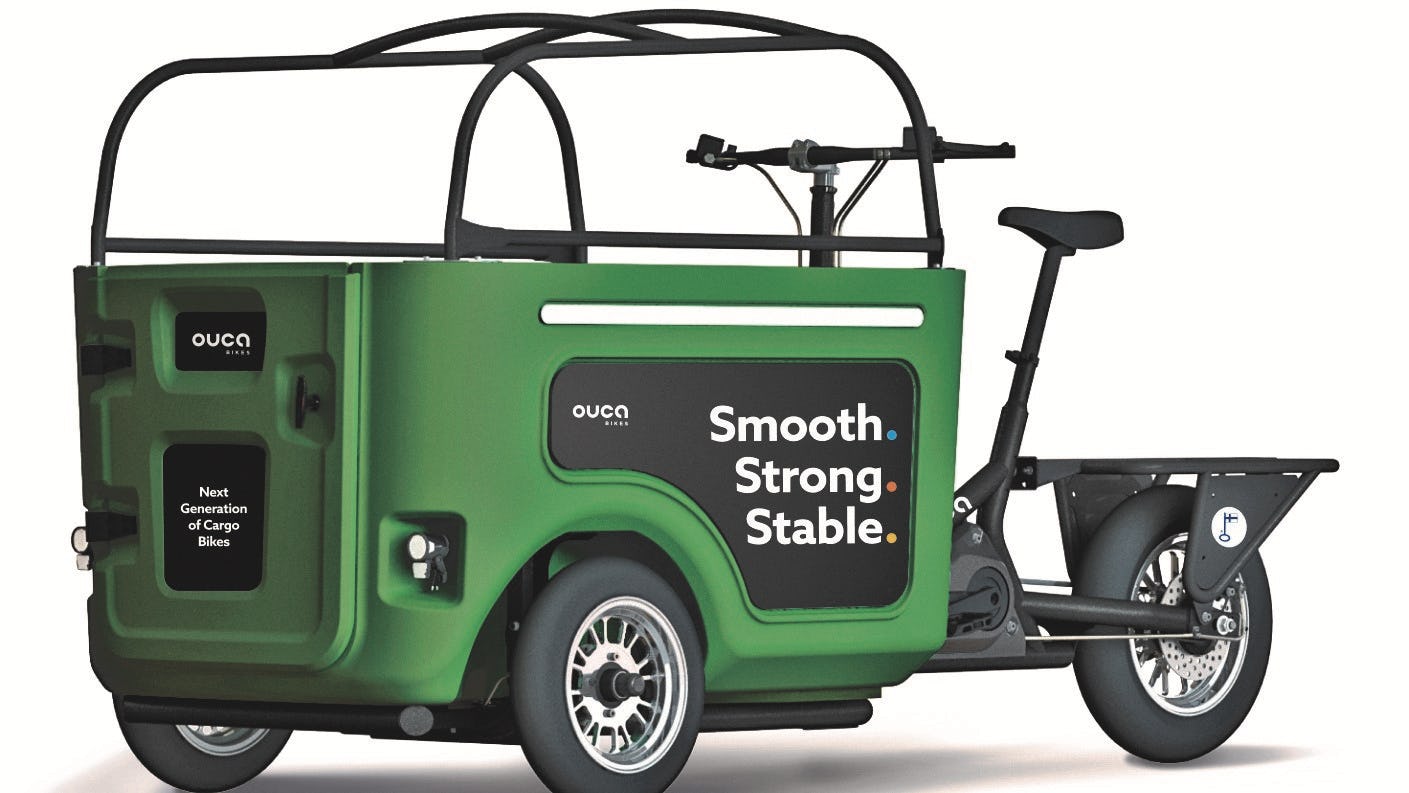 Finnish start-up Ouca: “Cargo bikes not based on conventional technologies”

HELSINKI, Finland – The market has seen a surge in cargo bike manufacturers in the past few years, each taking their own approach. Finnish start-up Ouca claims to have built-up a new concept for cargo bikes from scratch. “We have abandoned traditional bicycle parts in all the critical places,” says Ouca founder Tuomas Alapuranen.

The Ouca’s electrically-assisted cargo bike series has been developed for carrying people and goods ecologically and cost effectively. “Sometimes one must re-invent the wheel,” says Tuomas Alapuranen.

Cargo bikes must be able to endure heavy loads

“The market needed improvement in the quality and durability of the available cargo bikes. The problems stem from the fact that at critical places, current bicycles are based on traditional technologies. Bicycle parts are often optimised for lightness, not for the heavy loads that cargo bikes must endure.”

“We have rented out e-cargo bikes to our customers since the beginning of 2017. Our biggest challenge was that the bikes we purchased broke down easily and required a lot of maintenance. In the summer 2019, I decided to start the development of the world’s most durable cargo bike,” Alapuranen states. “Many further design objectives like ease of use, stable ride and modularity, originate from customer’s feed-back.” Ouca Bikes led by Alapuranen will start the production of its three different cargo bike models at the end of 2022.

That other Finnish start-up

“We have also had luck along the way,” says Ouca’s chief of operations Jani Sipilä. “In the beginning of the project we were not aware of the existence of another Finnish start-up Revonte. Their ‘One’ motor enables features that otherwise would be missing, such as automatic transmission, reverse and remote updates of the motor software and settings. We consider Revonte One to be in its own class and are happy that our bikes have found a Finnish motor,” Sipilä rejoices.

In the first phase Ouca Bikes will introduce three models. The Ouca Kiddiebus has been developed for transporting children, the Ouca Space for delivery services and the Ouca Transport, can carry people as well as tools and cargo. “In principle, the use cases are limited only by imagination and the 255 kg carrying capacity,” adds Janne Savolainen who is responsible of the imports to European markets.