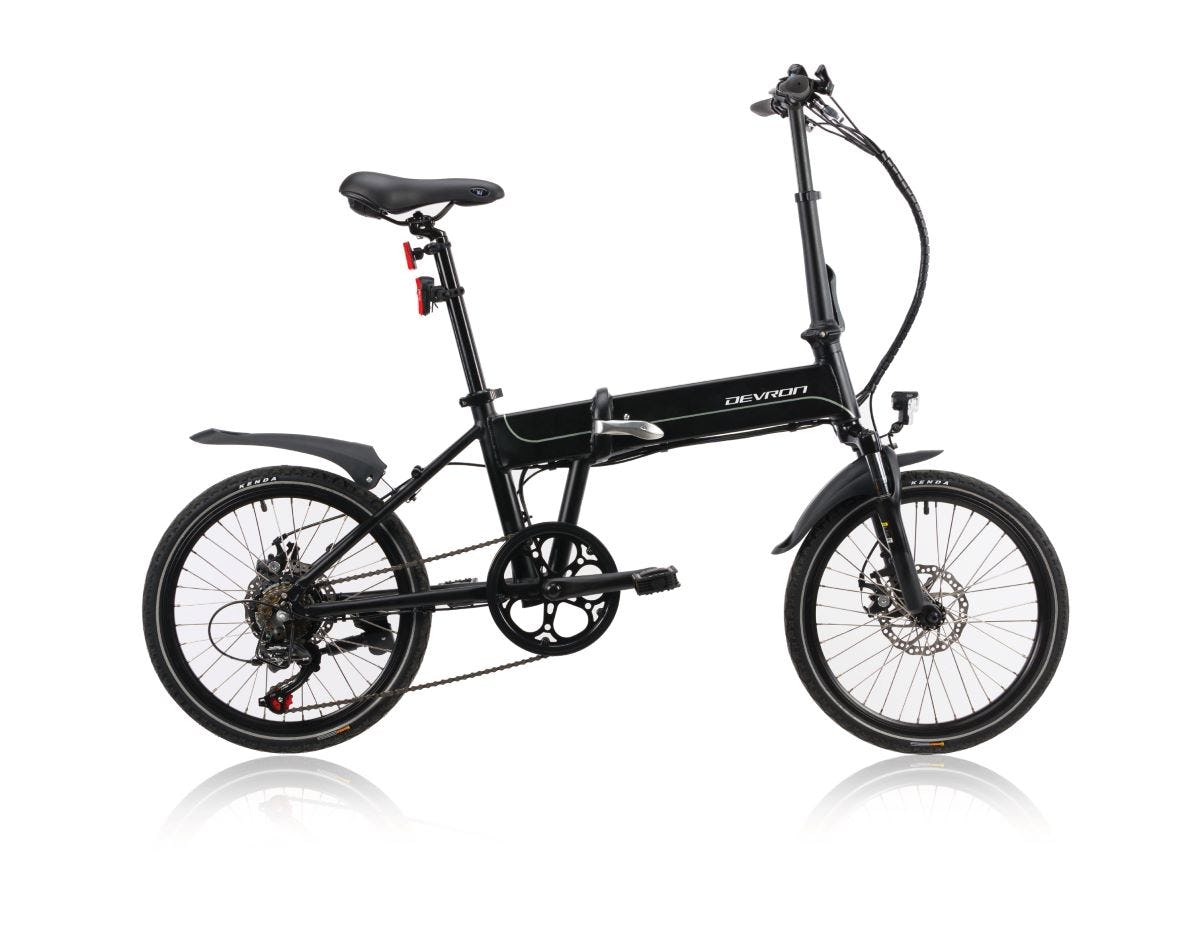 Devron Europe, a new range of city e-bikes at EICMA 2019

EICMA, the international motorcycle and bicycle exhibition, will open its doors from November 7 to 10 for professionals and consumers at Fiera Milano Rho in Milan, Italy. Devron Europe didn't want to miss this opportunity and will be at the fair to present its new e-bike models at booth G30, hall 22.

In the last three years the brand has increased its turnover and production in Europe. Particularly in Italy Devron Europe reported a significant growth. Recently, the company celebrated its 20th anniversary with stakeholders and partners like Shimano, Bafang and Phylion.

A leading novelty is the Devron 16201 folding e-bike which has been developed for urban commuting. It comes with a white aluminium frame, rear motor and integrated battery. It has smaller wheels (16’ instead of 20’) which help to reduce dimension and weight, so it can fit easily on trains or buses.

Designed for daily trips across town, it is equipped with a clear LCD display to keep an eye on the battery level.

These new folding models complete the already wide and varied Devron Electric range. It features not only city e-bikes, but also cross e-bikes such as the Devron 28161 and 28162 and mountain e-bikes like the well-known Zerga E-7000. The Riddle ERM is the electric version of one of the best performing mountain bikes conceived by Devron Europe.

Besides the electric range, Devron Europe also manufactures regular bicycles. The company offers more than 130 models for for men, women and children. These are produced according to the highest quality standards by Eurosport DHS, the leading bike manufacturer in the Eastern Europe market.

However 80 percent of bicycles made by Eurosport DHS is custom made. Customers can follow all production stages; from concept development to the production of their bespoked bike. Especially German, Belgian and Dutch riders appreciate this service.

Want to meet with Devron Europe at EICMA 2019? Please do not hesitate to send your request to office@devroneurope.it. For more information about our product range, visit us at devroneurope.it.

This article was sponsored by Devron Europe.

Contec focusses on allowing dealers and distributors to flourish

Greyp at the forefront of the world of connected micromobility