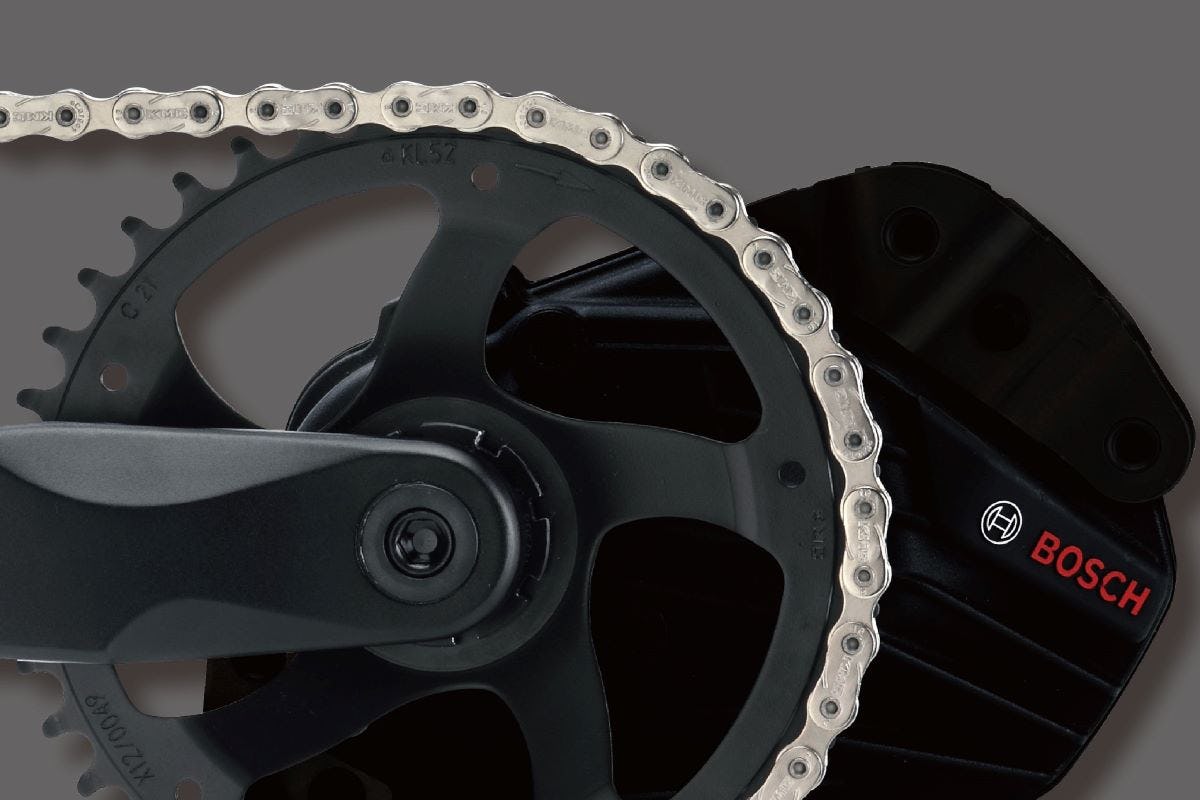 TAIPEI, Taiwan - The world's largest chain manufacturer, KMC has added an e-cargo bike chain to its portfolio. The Ecargo 1 chain, with a focus on strength and long life, “provides 50% higher strength than industry standards”. On display at the Taipei Cycle show, it was also credited as a d&i award winner.

E-bikes have become an increasing focus for KMC chains, who launched its 12-speed e-bike chain the E-12 a couple of years ago. “The E-12 is in our product range already for mass production, but it has been enhanced for this year’s Taipei Cycle show. We really want to spread knowledge and promote chains specifically for e-bikes and we think it’s important to encourage our customers to specify their bikes with specific e-bike chains,” explained Harry Yang, Overseas Sales manager during the Taipei Cycle show. He predicts that the quantity of e-bike chain sales will be equal to regular chains in the next couple of years.

Ecargo 1 chain is the most recent product. “E-cargo bikes used to be a niche market in Europe, but since last year we saw that more product managers are looking for extra stronger chains for cargo bikes,” explains Harry Yang.

The Ecargo 1 chain attributes its extra strength to wider and thicker plates which have a special anti-drop plate design. The heavy-duty chain is suitable for single speeds and hub gears and has a minimum tensile strength of 1,350 kilograms force (kgf).

KMC has been producing chainrings for e-bikes since 2017, initially for Bosch systems only. Since then, this has been developed to be compatible with Bosch Gen3, Gen4, Shimano and Yamaha drivetrain systems. The company has developed Chain Mate technology which it says allows the chainring roller seats to perfectly match to chain rollers. The tooth design holds the chain in place, significantly preventing chain drop while also reducing friction associated with traditional narrow/wide designs. It has a direct mount for easy assembly, disassembly and upgrading.