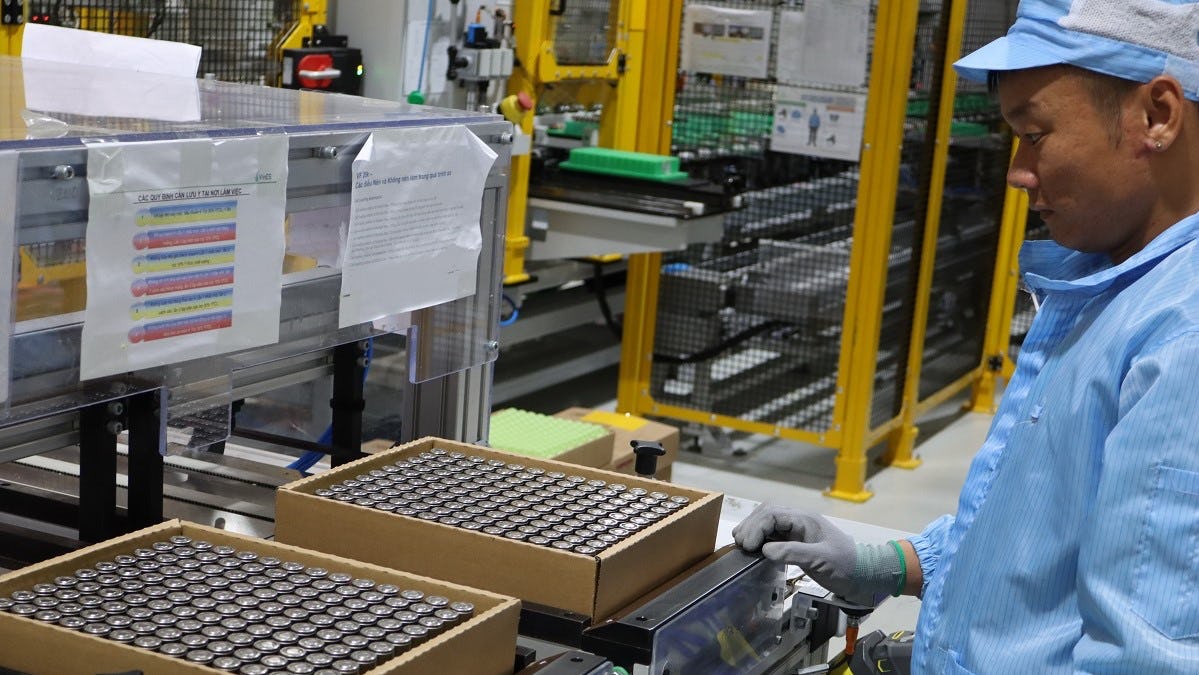 HANOI, Vietnam – The name VinFast is generally known in the automotive industry but the Vietnamese conglomerate is quickly expanding into other mobility products, including scooters and mopeds.

VinFast is currently rolling out across European markets and the US, making it an intriguing global player. The company was founded in 2017 and after a big presentation at the 2018 Paris Motor Show it launched an automotive brand a year after. However, VinFast has since decided to go all electric and depreciated its costly BMW combustion engine technology completely last month. In the next phase this Vietnamese conglomerate eyes the European and other export-markets for their electric two-wheelers.

Our philosophy in electric two-wheelers is very similar to cars

“We have ended the ICE-age (internal combustion engine) and are developing three electric mopeds which will all come with European homologation. We will participate in the EICMA exhibition in Milan, Italy this year. There is already quite some interest for our electric scooters and mopeds from several markets,” said VinFast CEO Le Thi Thu Thuy during a factory tour.

VinFast was founded only five years ago as a branch of the large Vietnamese conglomerate, VinGroup. With assets of over US $18 billion they are one of the rising stars in Vietnam and have become one of the leading players in the country’s economy. Currently the company is building a mega-factory and battery facilities in the US state of North-Carolina, which will be as big as their facilities in Vietnam. CEO Thuy confirms that they are also looking for an appropriate location for a European factory. This will probably be located in Germany as the company is already based in the country with some well-established partnerships.

The roots of VinGroup trace back to an instant noodle company in Ukraine with a starting capital of US$ 25,000. The ambitious founder Pham Nhat Vuong is a typical hands-on man which has made him the richest individual in Vietnam. His approach includes an extremely diversified business-model. VinGroup activities includes too many to list here, but ranges from developing and exploiting city districts, luxury hotels, holiday resorts, shopping malls, hospitals, medical equipment, smartphones, family parks as well as its own university.

One of our focus points is connectivity

In the mobility industry, the VinGroup is currently rolling out an electric charging infrastructure in Vietnam for thousands of scooters and cars. An interesting detail is that 40% of the nation’s energy consumption comes from hydropower. Obviously, the VinGroup plays a leading role in the construction of these facilities as well as it exploitation. CEO Thuy confirms that the company is also looking at developing such charging solutions in Europe, but she doesn’t want to comment on specific VinGroup activities.

At the moment the company manufacturers around 100,000 electric scooters and mopeds per year and their portfolio includes just 4 models. The company is warming up to become a leading supplier on their home market which is huge. Some 3 million mopeds are sold every year in Vietnam. In an interview, Southern Vietnam Regional Sales Director Huynh Anh Khoa gave an outlook for the near future: “The capacity is there. We expect to go to one million units a year in our main factory when our president gives the ‘go ahead’. Meanwhile we have upgraded the products to suit our task.”

However, the brochures with the ‘order now QR-code’ are already available in English at the test site. What is their strategy for Europe and how will they approach these new markets? The product portfolio ranges from €2,800 for a high-end motor scooter to €1,250 for a basic light weight model. For the moment it is unsure whether VinFast will use the battery rental business model of the mopeds like they did for cars.

It is clear that CEO Thuy is not putting all her cards on the table yet, after all there is an important media launch at EICMA Milan later this year. Thuy: “Our philosophy in electric two-wheelers is very similar to cars: driving the global smart electric vehicle revolution. We can offer a whole range of quality products to fit the needs and demands in different markets which are affordable in their market segment. At the moment three products lines are redesigned to fit future export markets.”

“One of our focus points is connectivity, which gives much wanted functionalities and allows for smart servicing. There are many smart features. In future we will also cooperate with third party applications from service providers, which means: convenience for the customer and for us a business opportunity for e-traffic in future.”

For CEO Thuy and Sales Director Khoa the battery lease concept is fully in the picture, as it is already omnipresent in Vietnam. According to Thuy this helps democratize the roll out of electric vehicles as it lowers the entry prize significantly.

CEO Thuy did not want to tell yet if they will follow the same battery concept for the mopeds as for the VinFast cars. Owners of a VinFast car pay a fixed amount for the battery rental during the life span of the vehicle as well as a minimum remaining energy level. This results in a good resale value and declining lease price over the years.

Sales Director Khoa explains that their direct competitors are A-brands like Yamaha and Honda. Most buyers do opt in for the battery lease, which is up to €12 per month. “With our products we aim at high quality and technical innovation. That translates to high-end battery- and motor technology and for instance an advanced app that allows the smartphone to be used as a key.”

VinFast has entered a collaboration with solid state battery specialist ProLogium for delivery and local production of next generation batteries. This is broadly considered the way to go forward in the future of e-mobility. So far, despite all claims from countless vehicle manufacturers, solid-state battery cells have remained promising but unfortunately also illusive. ProLogium will begin their production next year and VinFast says it will start specifying solid state batteries in 2024.

VinFast will use the same distribution models for their two-wheelers products as for the electric cars. These cars will soon start to roll out in France, Germany and the Netherlands. “We have a whole range of quality products that are priced to be affordable in their market category,” says Thuy. “For the mopeds our distribution plan is not yet 100% clear. A final decision on that will be made after the EICMA show in Milan. There are various options on the table, from direct sales to working together in dealerships.”

Whatever their future strategy will be, VinFast is certainly making big steps forward. It is impressive to see how they have built their huge electric vehicle factory in just 21 months in the Vietnamese city of Hai Phong, in a previous swamp, and at the same time developed the vehicles and production facilities. They can be regarded as a serious contender in the market and do not fit the usual picture of a startup and are unafraid to change plans rapidly. CEO Thuy: “We have decided to cease the production of our relatively young internal combustion engines this year. It was a very costly option as we have only produced these since 2019, but we must make steps forward now.” Such a resolute step into electric mobility products is rather uncommon in the industry.

The first test ride with the Theon S moped makes it clear that VinFast takes the two-wheeler export market serious. The look, feel and ride can be compared with those of the well-established moped manufacturers and it will be a strong contender on the demanding European market. Some key points: 7,1 kw motor with top speed of 100 km/h and a range of up to 150 kilometers in town. The 3,5 kWh battery comes with LPF technology. The Theon S features a smart key and connectivity added to components like Showa suspension and Nissin brakes – combined with a two-channel Continental ABS system. According to Sales Director Koa, “for the 45 kph moped version the motor power is reduced to 3 kW peak and 1,8 kW continuous. Range will be an extra strong point there.”

Check out the latest digital edition of Bike Europe