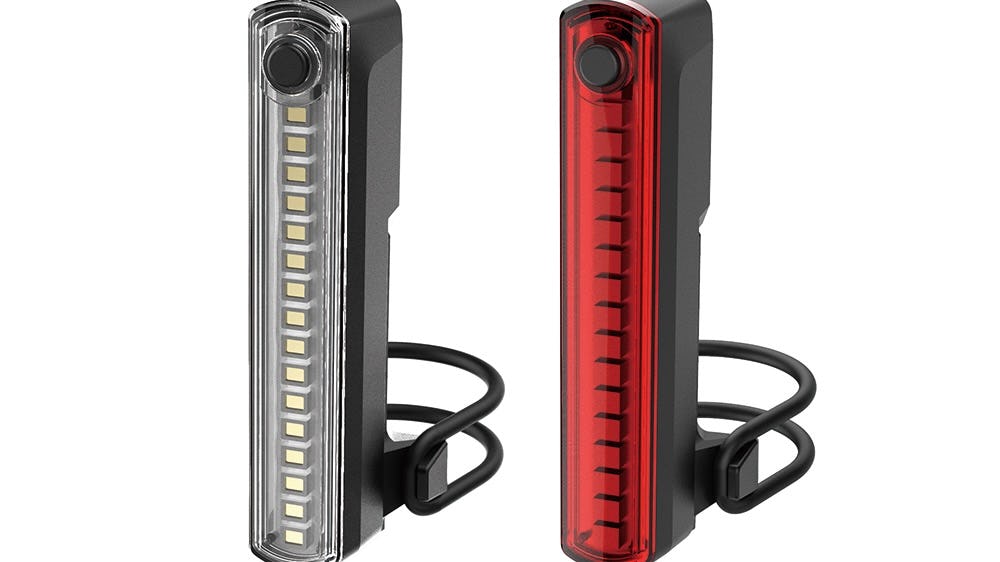 Leave the darkness behind

Litemove designs LED lights for the global bicycle industry. Founded in 2019, the company is based in Taiwan. “We are a young energetic company complimented by a team with several decades of international experience in optics, electronics and mechanical engineering harnessed from the automotive industry. These key attributes are brought together in our bicycle product design team for the creation of world class products.”

The SE-90A of Litemove is a day-light light, that has a clever built-in smart ambient sensor, which enables variable lux light output depending on the environment condition. The standard light is a 90 lux bright light, and the day-light mode is 30 lux. It comes with an auto brightness switch for power saving.

Litemove’s TL-FD bike light is 20 lux highly efficient tail light, which offers 240 degrees of light visibility and thus an all-round light sphere, which is visible even from the side. It is easily mount on the back of any e-bike rear fender. This tail light can only be charged through 5V to 16V DC power. The light is controlled via the e-bike system, not with a switcher.

The Litemove TL01 and TL02 are highly efficient, small and slim battery-powered lights with an USB charge cord built-in that can be used for both front and rear light solutions. With 5 different light modes with memory function feature, they can illuminate up 25 lumens with a red LED light (TL01) or 40 lumens (TL02) with a white LED light. The maximum battery life is 40 hours run-time. It has multiple mounting options like vertical or horizontal on backpacks, messenger bags, or bicycle parts (fork, handlebar, seat post carrier, etc.).

Highlight! – With the RX-E90 Litemove presents one of the smallest StVZO approved E-bike headlight (50 lux) with high beam (90 lux). Due to its compactness, it is easy to attach to handlebars, fork or other positions without coming into conflict with other parts of your bike. The special reflector design in aluminum housing for optimal illumination of bike paths and roads with 8m in width and up to 180m in distance is the new concept. It was designed for 6V and 12V systems and can also be used for some hub drives due to the low energy consumption of the high beam of only 5.8 watts.

The Litemove RX-E50 is similar to its big brother the RX-E90 a very small, lightweight and compact E-bike headlight (50 lux) that is easy to attach to handlebars, fork or other positions without coming into conflict with other parts. It also has the special reflector design for optimal illumination of bike paths and roads. For 6V and 12V systems, it has a very low energy consumption.

This article is sponsored by Litemove.