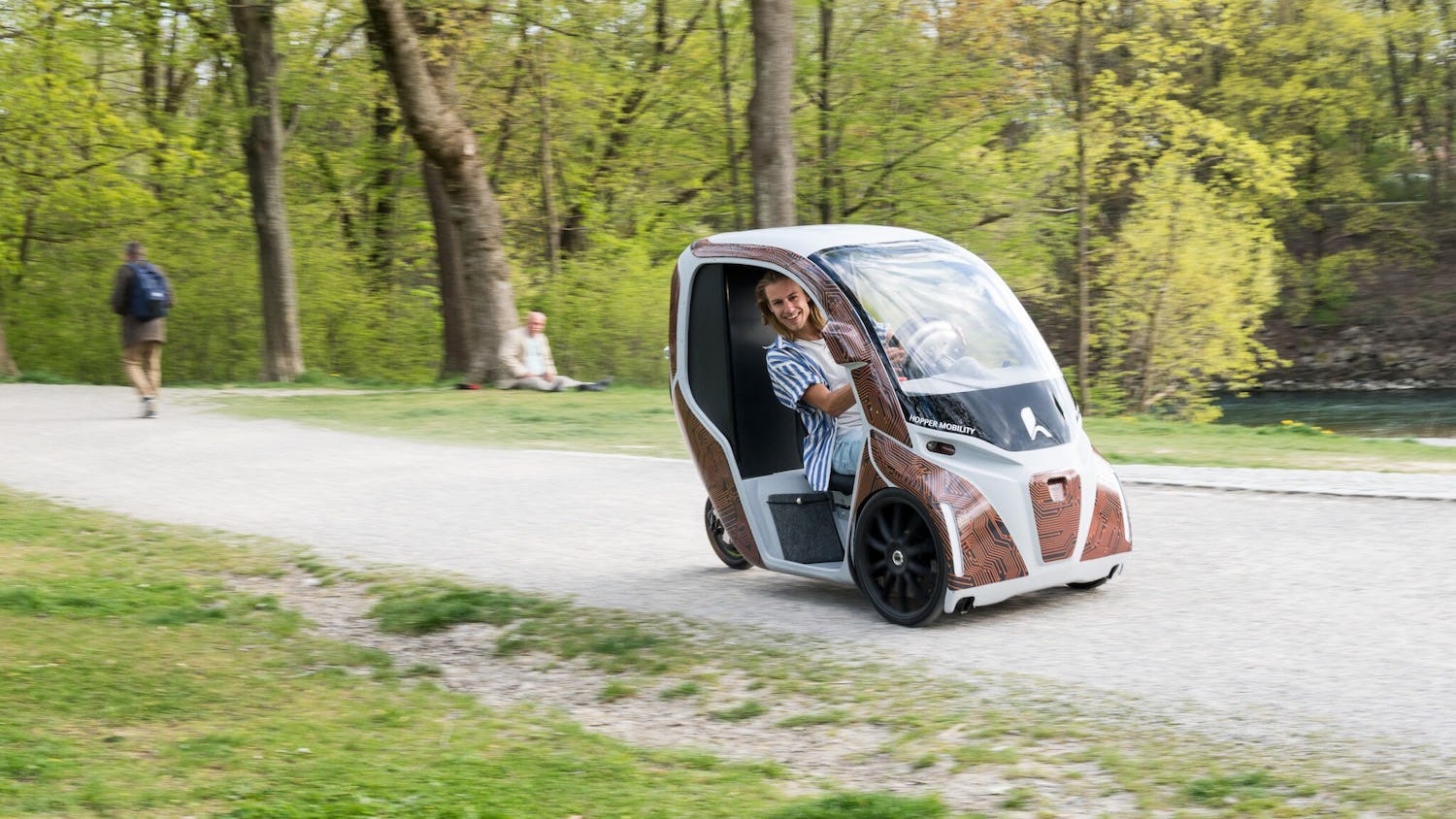 Advanced technology for a new generation of vehicles

With its new series hybrid drive system, the Pedalrite, South Korean producer HL Mando aims to contribute to the transformation of urban mobility. An example of how this can be achieved is the collaboration with the German start-up Hopper Mobility.

Public transport instead of traffic jams, bicycles instead of cars – urban mobility is undergoing significant changes. In most cities worldwide, more and more people are giving up their cars and switching to buses, trains, or bicycles instead. It is a trend that has been developing since before the COVID-19 pandemic but has gained additional momentum in the past years. The extent that this trend has taken on is already shown by numerous studies, which mostly point out three main reasons for the growing importance of cycling in the so-called modal split, i.e. the distribution in the urban transport mix: citizens’ initiatives, political changes and technological progress in the mobility industry.

The example of South Korean tier-1 automotive supplier HL Mando and its partnership with the German start-up Hopper Mobility shows how the latter can contribute to a change in general mobility behaviour. HL Mando, a company that was initially founded in 1962, made its grand entry into the bicycle industry ten years ago. Recently, the organisation presented a revolutionary technology that addresses exactly what is essential for changing urban mobility: a system that increases the functionality of heavy-duty e-cargo bikes and people carriers – and therefore makes the change from traditional cars to bicycles even more attractive for both companies and consumers.

Hopper Mobility precisely pursues this goal. The Augsburg-based start-up is currently in the process of launching its first-ever model – the Hopper. The vehicle aims to combine the best features of cars and bicycles and, according to the manufacturer, produces 90% fewer CO2 emissions than cars. “The Hopper is basically a hybrid,” company spokesman Sebastian Weber explains. “It is a pedelec with a classic electric drivetrain, however, we use several design elements from cars like a chassis, a steering wheel and a luggage compartment. In this way, we want to combine the advantages of both worlds – and make it easier for people to switch from car to bike,” he continues. Therefore, the Hopper will be available in two different versions: A two-seater with a luggage compartment and a cargo version with one seat and a bigger transport volume. “Once established in the market, the Hopper will be the most attractive solution for a quick trip to the shops or taking the kids to kindergarten,” Weber adds.

An essential part of the concept is the drive system, provided by the South Korean manufacturer HL Mando. The Pedalrite is a powerful chainless drive system mainly designed for electric vehicles. It provides manufacturers with an integrated platform that consists of an electric motor, a battery, a drivetrain, and a comprehensive IoT environment. A large number of manufacturers are currently pilot-testing the system, and several companies have already advanced their models to series production readiness. In general, the market demand for the HL Mando system has radically increased since the European Commission clarified the legal status of the hybrid system early this year and the company officially introduced the Pedalrite to the public at the Eurobike show 2022.

Due to its characteristics, the Pedalrite was the best option for our concept since it allows us to build the vehicle without a classic chain

“Due to its characteristics, the Pedalrite was the best option for our concept since it allows us to build the vehicle without a classic chain,” Sebastian Weber says. He refers to the Hopper’s rear-wheel steering design, which became inefficient if the company used a classic traditional chain drive. “Additionally, the system has other advantages for us. For example, by eliminating the chain, the vehicles require much less maintenance, as there are fewer wearing parts,” Weber explains. He describes the cooperation with HL Mando as very efficient and smooth: “There are numerous customisation options, and therefore we were able to implement the drivetrain into our design exactly as we had imagined. Accordingly, we are optimistic about the market launch in the coming season.”

Currently, the Hopper is still in the final test phase. The innovative vehicle is scheduled to go into series production in the middle of next year. The goal of the partnership between Hopper Mobility and HL Mando is clear: they want to contribute to the change in mobility – and thus advance the development of a more sustainable mobility behaviour in cities all around the world.

This article is sponsored by HL Mando.